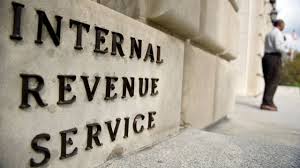 The IRS issued Notice 2016-50, Updated Static Mortality Tables for Defined Benefit Pension Plans for 2017, which provides updated static mortality tables to be used for defined benefit pension plans for purposes of calculating the funding target and other items for valuation dates occurring during calendar year 2017. The IRS notice also includes a modified unisex version of the mortality tables for use in determining minimum present value for distributions with annuity starting dates that occur during stability periods beginning in the 2017 calendar year. The Pension Benefit Guaranty Corporation (PBGC) has issued the ERISA Section 4044 Mortality Table for 2017 Valuation Dates, which is used to determine the present value of annuities in involuntary terminations and distress terminations of single-employer plans.

Separately, the Treasury Department and IRS have issued proposed regulations prescribing mortality tables to be used by most defined benefit pension plans for plan years beginning on or after January 1, 2018 to calculate the present value of a stream of expected future benefit payments for determining the minimum funding requirements and the determination of lump sum values. For plans that pay lump sum benefits, this will affect the determination of the plan’s benefit obligation under ASC 960. The proposed base mortality tables are derived from the RP-2014 Mortality Table, and mortality improvements rates for 2018 valuation dates will reflect the MP-2016 rates. The proposed regulations also update the requirements that a plan sponsor must meet in order to obtain IRS approval to use mortality tables specific to the plan for minimum funding purposes (instead of the generally applicable mortality tables). Comments on the proposed regulations must be received by March 29, 2017; a public hearing is scheduled for April 13, 2017.